A Night at the Nutcracker 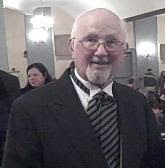 The three car caravan headed west to Manchester to spend an afternoon of culture at the Nutcracker and a friendly dinner at Johnson's.

I'll leave it to someone who has been to more than a few ballets under their belt to critique the show. Personally, I enjoyed it and would do it again, but let's not rush it.

After the show, the 12 of us headed to Johnson's for good food and fun conversation. Here's a ten second peek and reminder of the day.

We just got in from a 6 hour trek from South Jersey and Raymond. After we unpacked and unwound a bit, I checked my email and Facebook where I found the video below.

I wish I had it when we were in NJ. Everyone we met would ask us how we liked it. After saying we love it, the conversation usually flowed to the reasons. Of course, out grandson toped the list, but right up there near the top are the people, the pace, and the general life style. This would be great to show!

The video is of Blue Color comedian, Juston McKenny. He was born in Portsmouth, NH and moved across the river to Maine when he was in 5th grade. That fact is portrayed hilariously in this routine. If you live in the area, a thinking of living in the area, or have ever heard of New Hampshire, you should watch and laugh!
Posted by Art at 6:21 PM No comments:

My First Sticker Shock in NH

Since moving up here from NJ, we've been tickled that pretty much everything is cheaper here than in NJ. Before we moved, people warned us that NH had high property taxes, but as it turned out, they were just about what we were paying in NJ, but NO ONE warned us about automobile registration.

We bought a new car in April and were shocked when we had to pay $150 even after an $80 discount for transferring registration from our other car, but that's only 1/3 of the story.

Two days ago, I got pulled over by the Raymond police. They said I had an expired registration. How could that be? I just bought the car in April? I found out that registration is due at the end of the month of your birthday, which as August and there is notification or online registration. You have to remember and do it in person.

The office was very polite, friendly, and understanding. He told me that they take non-registration seriously and that he is supposed to give me a $103 ticket and tow the car immediately, but he didn't. He told me not to drive and to get it registered in the morning.

I just got back from registration and I'm still in shock! That $150 after the $80 discount only covered the period from April to August. The bill for a 1-year registration was $567!!! The same registration in NJ is only $84.

If you are from NH and have been paying that kind of fee regularly, the fee probably seemed normal, but now that you know the NH registration is seven times more than NJ, you might think differently.
Posted by Art at 9:31 AM No comments: