Mike Callahan Leaves it to Beavers 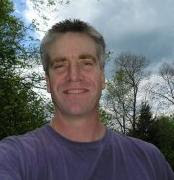 Those of you who are aware of our efforts to co-exist with our beaver neighbors, know that we have had the help of Mike Callahan of BeaverSolutions.com. I can't say enough about Mike's willingness to help and his dedication to beaver conservation.

I was considered a technology expert back in the 1980's when the definition of an expert was anyone who was online two weeks longer than you. As I moved around the country, I found that there were two kinds of experts. First there were those who had the magic skills, but kept the skills to themselves for personal gain. Then there were those who were excited about the potential of technology, wanted to spread the word and would share freely and promote the cause for the betterment of all. I was extremely fortunate to have hooked up with a group of national technology experts who shared freely and mentored me.

Mike is cut from that same cloth. He makes his living by designing, building and installing beaver fences and flow control devices, but he shares his knowledge freely with anyone who wants to help beavers co-exist with human neighbors. He gives more than he gets.

Shortly after discovering his website, we bought his DVD, which provided a wealth of information. After digesting the DVD, I visited Mikes Facebook page, commented on the excellent quality of the information and asked a few question, each of which was answered with more detail than anyone could hope for. 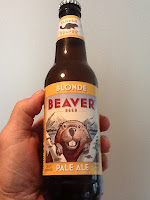 Over the next few moths I frequented the pages and conversed via email. Mike told me that he was doing an installation only a half hour from my home and invited me to watch. As it turned out, I wasn't able to stay for the installation, but I wasn't going to miss an opportunity to meet and talk face to face with Mike. So on April 17, armed with an offering of a 6-pack of Beaver Beer, I headed to Windham to meet Mike.

We chatted for a while. I showed him some pictures of our current situation and outlined our plan of action. We were planning on a single rectangular fence without flow control. He felt it would work and even if it didn't, there would be little or no modifications needed in order to implement a flow control device.

If I was going to have to pay Mike for the help he as provided, I would have had to pull up with a beer truck rather than a 6-pack. As testimony to his generosity and humility, he offered to pay me for the beer. Had I taken money, I'm sure lightning would have struck me dead on the spot.

If you research beaver control, you will find a wealth of information, but finding Mike as like finding the mother load. To better understand this, let me tell you about the most valuable piece of information Mike shared.

Long before discovering Mike, it became clear that any solution we would implement involved constructing fences or cages made of steel mesh.  Pieces have to be cut shaped an joined.  If you have ever done work like this, you know that unless you are very careful about cutting, twisting, shaping, and joining sections with wire, your hands will look like roadkill at the end of the day.  Mike shared his secret of joining sections of mesh.  He uses hog rings and a hog ring crimper.  That one little piece of information was well worth the cost of the CD.