On August 1st my father had a stroke. This month has consisted of trips back and forth between NJ and NH along with long hours at the hospital and rehabilitation center. Dad is coming along, but that isn't the reason for this blog. I've been keeping the family apprised of his progress.

Anyone who has had a parent with a life threatening illness understands the stress and pressure it puts on everyone as well as the frustrations of dealing with health care, which IS the reason for this post. If I have one piece of advice for anyone in a similar situation, it would be to keep as informed as possible, research and question if you feel something is wrong or you don't understand something.

The health care workers and doctors we have encountered have been competent, well meaning, very overworked, and all too human. Rather than having a scene that plays out like and episode of house, there have but there have been oversights and minor errors caused by lack of communication. They have been frustrating, if not angering and potentially damaging. I could list each one and what we did to overcome it, but I'm not going to bore or depress you with details that are unique to our case and would do little to assist others. Instead, I'm going to provide you a little story about two musical instruments and a hurricane named Irene that illustrates well the kind of problem that exists.

Dad's stroke was in the cerebellum. He has full mobility and with the exception of some memory loss, he has full cognitive functions. His roommate however, was not as fortunate. His stroke paralyzed his entire right side, a fact this is important to this incident.

During Irene, the rehab center lost power. As a result, all of the patient call buttons were non-functional. In order to remedy that situation, they went to the activity center, gathered up all of the musical instruments and provided each patients with a hand instrument such as a drum, tambourine, cymbals, maracas, etc. that they could use to make noise when assistance was needed. 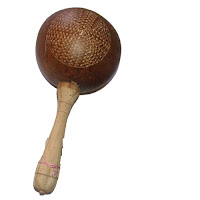 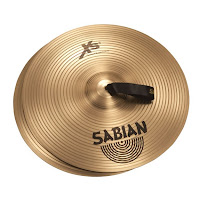